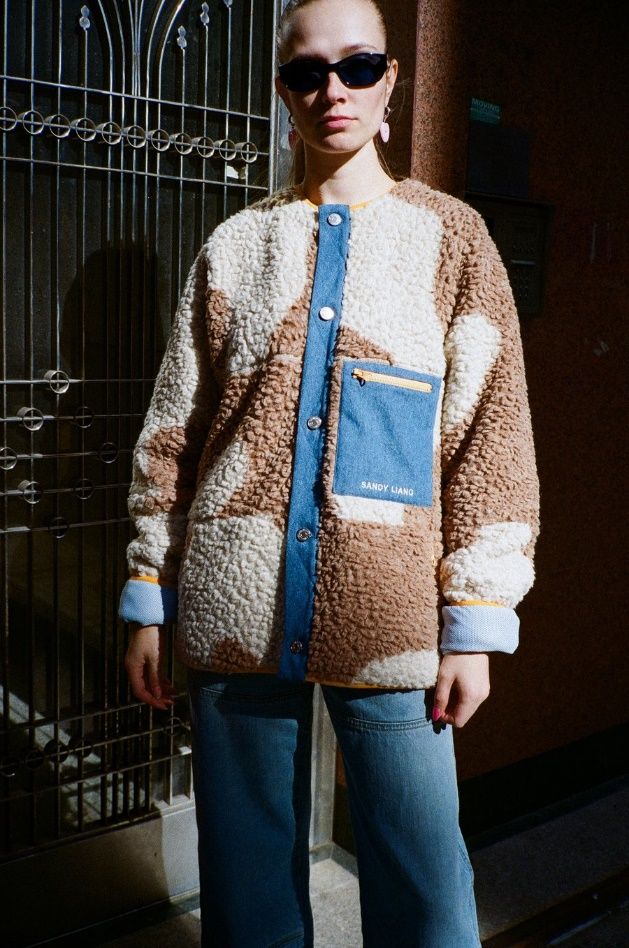 When I think about who the Sandy Liang girl is, I first think of the kind of girl who spends all of her time loitering in the lobby of a certain indie movie theater in the Chinatown neighborhood of Manhattan. She buys Pocky Sticks or chocolate covered almonds and mineral water from the concessions to eat during screenings. She knows a very helpful secret: if you watch enough movies, if you brand as a cinephile, you can bypass being in-the-know with art and music and books and politics (which every good downtown kid has to pretend to be aware of and have an opinion on).

So, what does watching movies so you don’t have to keep up with more tedious forms of culture have to do with Sandy Liang? They’re both hacks for Cool Girls who are a little lazy (or boring or apathetic or clueless). Sandy Liang’s clothes are just cute enough for e-girls, just sophisticated enough for girls with grown-up gallery jobs and just chill enough for girls whose only job is getting up to go to pottery class at NYU. There’s 90s and y2k nostalgia (dip-dye and rhinestone butterflies), there’s anime, there’s gingham and big puffy sleeves. SL hits all these points hard, but without much innovation or risk. Sandy Liang is best known for her funky-colored chunky fleeces with lots of zippers and pockets. They’re priced between $495 and $650. Arguing that it’s insidious to sell basic garments at inflated prices because of their label is moot; there will always be someone rich enough to buy a $600 Sandy Liang fleece or a $85 Maryam Nassir Zadeh silk scrunchie. But if their signature garment reflects their brand ethos, we see more cool girl hackery. You could presumably wear a pair of Sandy Liang stretchy biker shorts and a fleece to a see-and-be-seen party and be acknowledged as at least a semi-fashionable person. That’s because SL has managed to semiotically charge the most basic of garments, turning a ubiquitous, frumpy piece of outerwear into something that reflects a lifestyle of informed luxury and leisure. Genius, or at least clever? Maybe. But to me, a Sandy Liang fleece is just a Supreme hoodie for girls who have their star sign tattooed on their wrist and a boyfriend who works in tech. 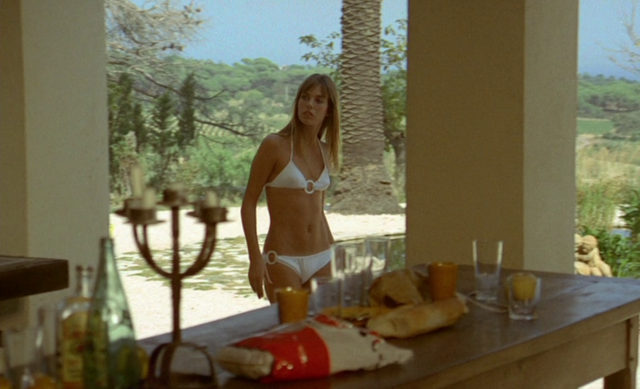