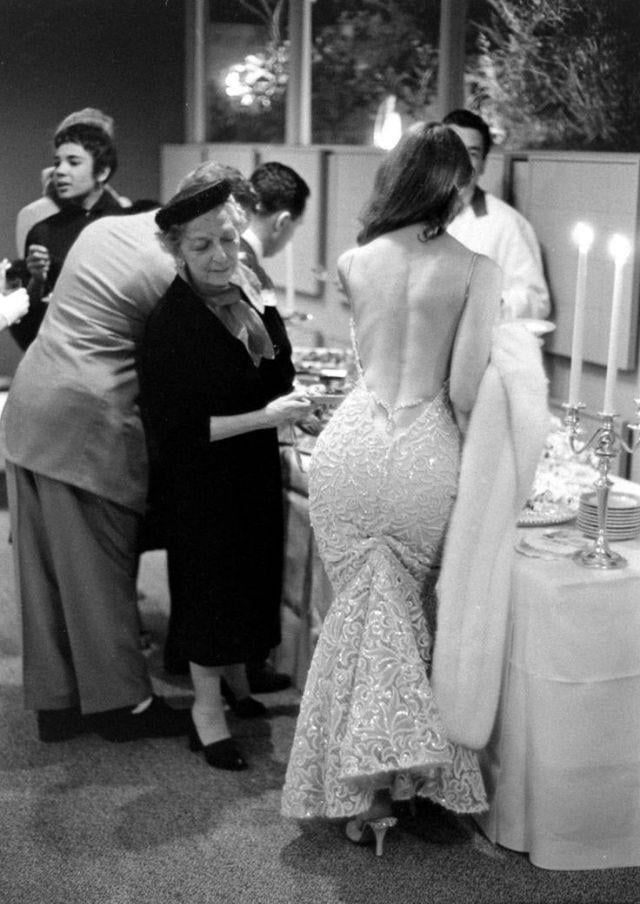 It’s hard for us to imagine true irrelevance these days. The most minor of celebrities can still manage to get people to buy their “merch” long after their five minutes of fame are up. That’s probably one of the reasons we felt the need to start canceling people. With the Internet, no one fades away like they should and that can make us feel crazy.

But what about when famous people really could become irrelevant, forgotten, used up? This is the story of Vikki Dougan. Vikki Dougan was born exceptionally pretty in Brooklyn in 1929. Like many pretty girls who came of age in post-war America, she changed her name to something more showbiz, got married while still in her teens, and began a career in being beautiful. Dougan won some beauty contests and landed some modeling jobs, but of course that wasn’t enough. Everything changed in 1953, when Hollywood publicity-man Milton Weiss had the idea of promoting Dougan by sending her around Tinsel Town in a revealing backless dress. The idea was to contrast with the dominant style for models and actresses - garments made to emphasize large bosoms, a la Jayne Mansfield. And it worked. Dougan was nicknamed “The Back” and photos of her scandalizing Hollywood society with her goddamn back out hit newsstands across the U.S.

She was a sensation. Thanks to high press coverage, Dougan landed a few small parts in some movies, went on a few dates with Sinatra, and modeled for Playboy a few times. You know the story. But by 1959, Dougan fell out of the press and she and her nine-year old were living off a $40-a-month unemployment check. By the mid-1970s, Dougan was irrelevant. 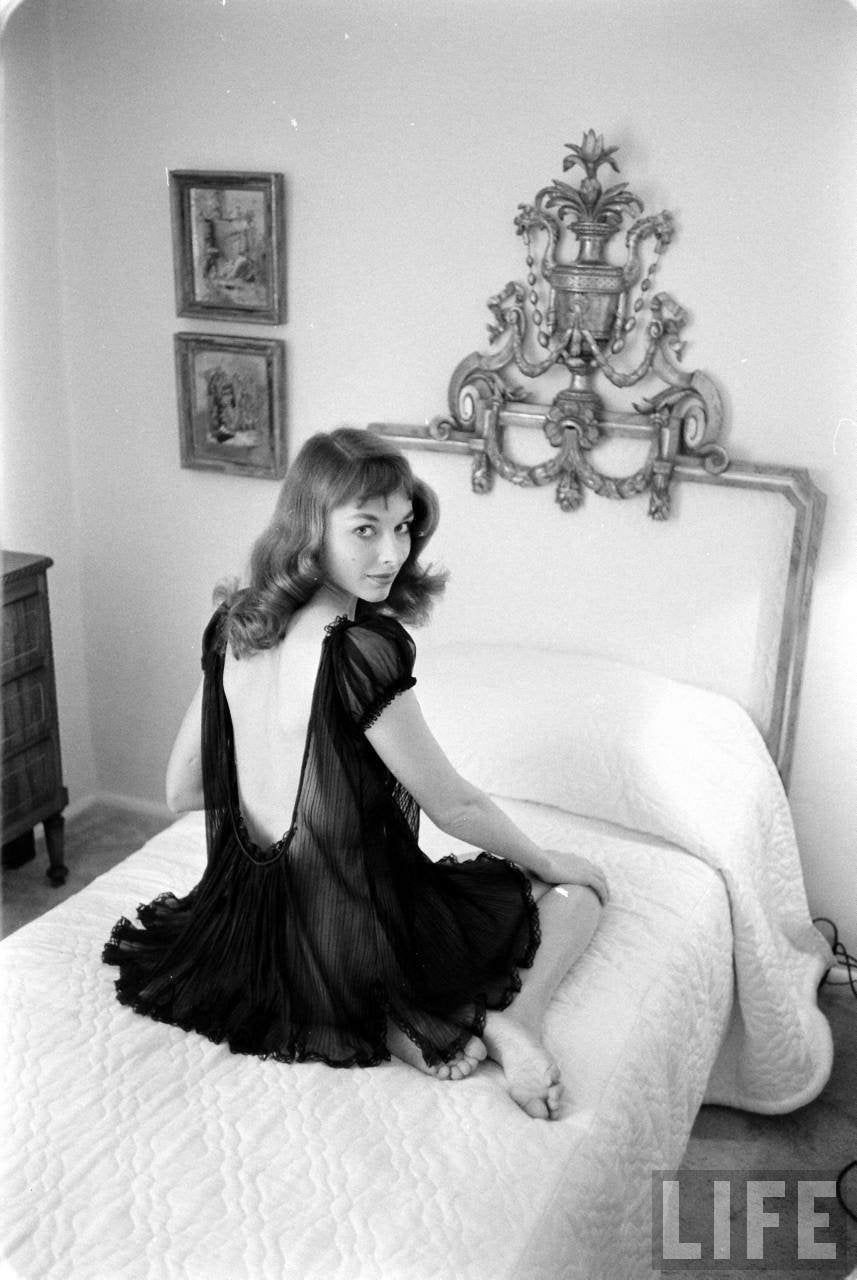 When I first saw a picture of Dougan and her goddamn back my first thought was “How the damnhell is she so beautiful and sexy….” I researched her, and learned about the bright bits of her life, like how she was allegedly the inspiration for Jessica Rabbit, but also came to feel very sad about how her life turned out. I hate the lack of modality in how American culture sees women. If you think women shouldn’t be famous just for being beautiful, you’re wrong.

Why do we demand that talented women must also be beautiful to be beloved? And that beautiful women must also be talented to be respected? Why are we obsessed with - no, expectant of, “the full package”? I’m sick of models-turned-activists-turned-coders. If you want to be a billion things, that’s great but please do not punish or think less of women for not complying to a neoliberal feminist agenda.

Photos by Ralph Crane for Life via Kitsch-Slapped and ClassicScreenBeauties. 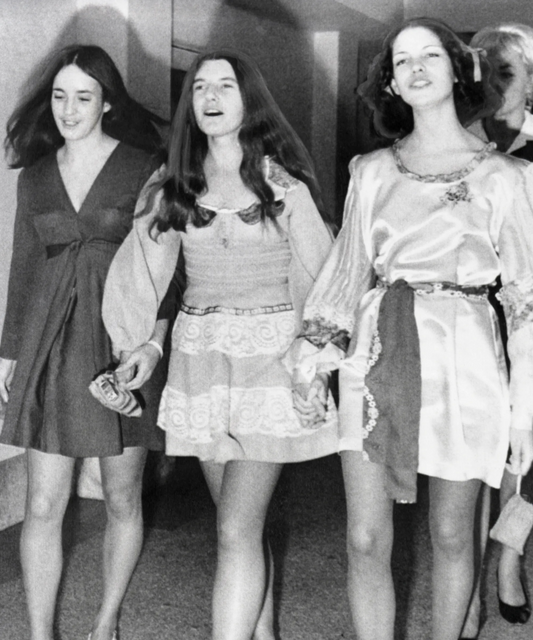 Death to boho
Latest posts Sandy Liang is just Supreme for astrology girls The unhurried rise of the leisurecore girl Glossier and the neoliberal womb-space Death to boho Irrelevance, for hot girls